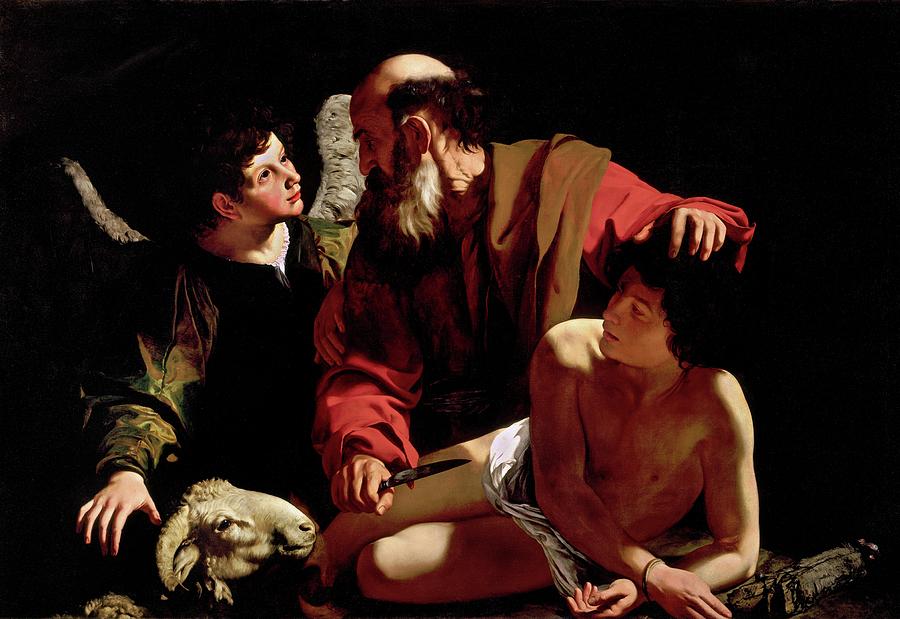 The Sacrifice Of Isaac

The Sacrifice Of Isaac

This is a reproduction of this masterpiece by Caravaggio, Sacrifice of Isaac, of about 1603. This was created during the height of his Roman career when he was a member of the small circle of Cardinal del Monte. He had been in Rome for eleven years having come from his native Lombardy. He was thirty-two years old when he created this oil on canvas. There had been some dispute over the date of the work for Guilio Mancini attributed its creation to the mid 1590's. Another source dates it to 1598, contemporaneous with Caravaggio's John in the Wilderness which is in the Museum of the Cathedral of Toledo, Spain. Caravaggio's works increasingly attempted to depict Biblical figures as real human beings, a tendency that may have been influence by the Counter Reformation preacher, Filippo Neri. The original measures 46 by 68 inches and is in the Piascecka-Johnson Collection at Princeton, New Jersey.