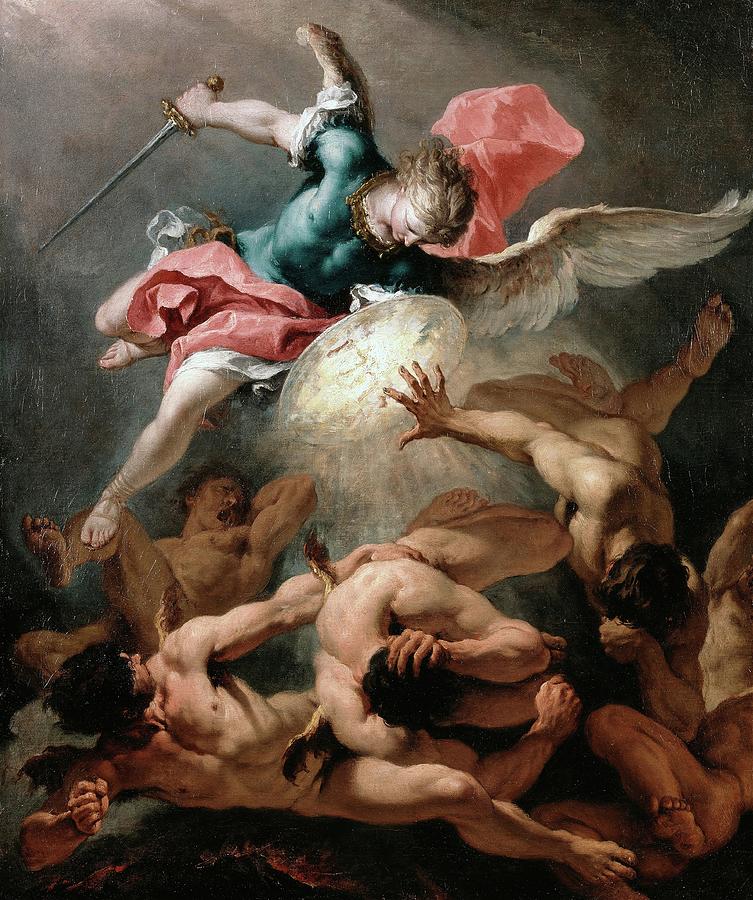 The Fall Of The Rebel Angels

The Fall Of The Rebel Angels

This is a reproduction of Sebastiano Ricci’s Classic painting, “The Fall of the Rebel Angels” of about 1720. The artist was born in 1659 Belluno, Italy and was apprenticed at the age of twelve. In 1681 he moved to Bologna and seven years later fled to Turin abandoning his wife and daughter with a mistress. He was imprisoned and almost executed when he was rescued by the duke of Parma and brought to Rome. When his patron died, he moved to Milan. He was in his native Venetian Republic from 1698 to 1708 though he completed commissions in Florence during that period. He enjoyed a rich patronage in England and Paris and returned a wealthy man to Venice in 1718. From 1724 to 1729 he worked for the royal hosue of Savoy in Turin and in 1727 ws admitted to the Clementine Academy in Venice. He died on May 15, 1734. In this work, Ricci portrays the Archangel Michael leading the Heavenly Host against the Rebel Angels. This is Oil on Canvas that measures 32.28 by 26.77 inches and is in the Delwich Picture Gallery in South London.