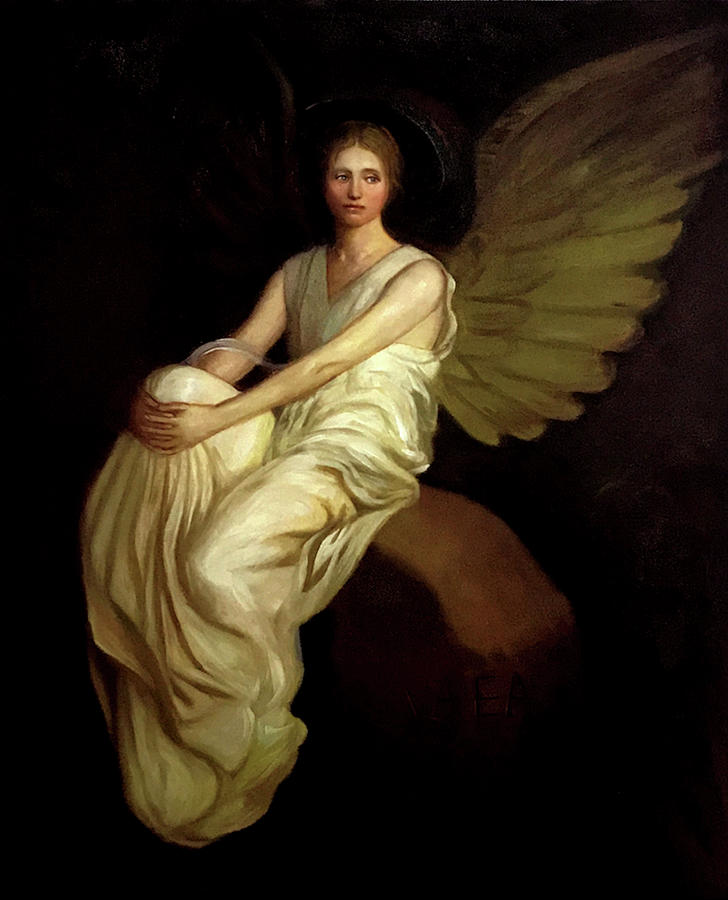 This is a reproduction ofAbbott Handerson Thayer's "Stevenson Memorial " of 1903 which was created as a memorial to Robert Louis Stevenson. Thayer was much moved by Stevenson's portrayals of human conflict and he completed this work in his New Hampshire studio nine years after the author's death. The angel sits on a rock upon which is inscribed "Vaea", the name of the mountain where Stevenson is buried in Samoa. The juxtaposition of darkness and light in the painting may have symbolized the comingling of madness and sanity, good and evil, as portrayed in the writings of Robert Louis Stevenson. The painting is in the Smithsonian Art Museum in Washington, D.C.

Abbott Thayer was born in 1849 Boston and became an important American artist. He was raised in rural New Hampshire and was early influenced by Audubon's work. He studied painting in New York and Paris and, after marrying and enduring the loss of two children, returned to New Hampshire when he was 52 years old. There he continued to produce paintings and grew increasingly eccentric, though he continued to teach students. He died in 1921.