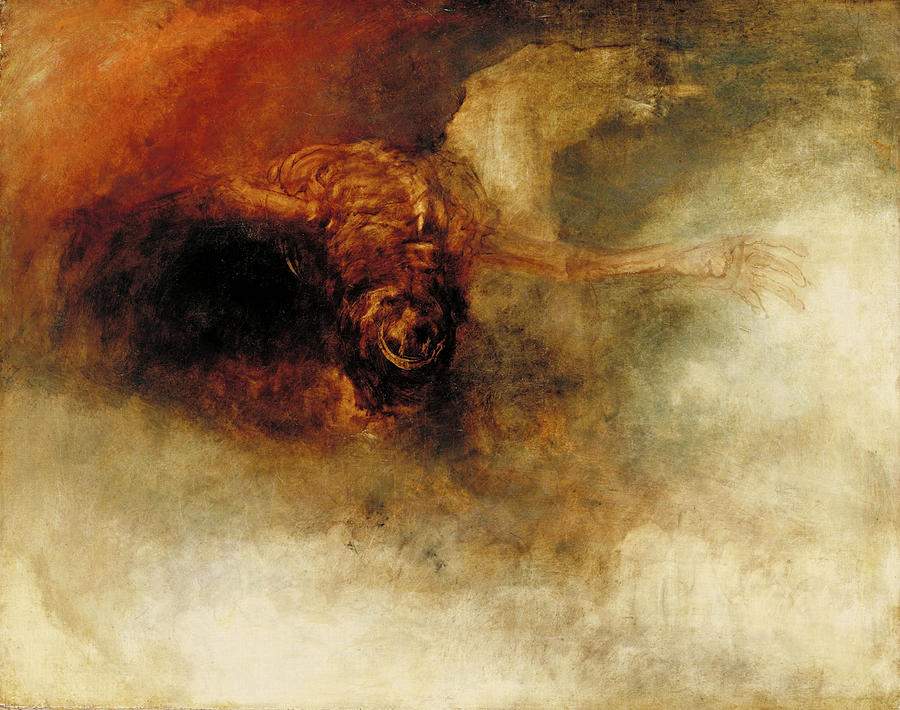 Death on a Pale Horse

Death on a Pale Horse

This is a reproduction of "Death on a Pale Horse" by Joseph Mallord William Turner of about 1827. This master artist was one of the foremost English Romantic painters of all time. He was controversial in his own day but he raised the art of landscape to rival that genre of historical painting. He not only created wonderful oils, but he also was a master of watercolors and printing. He created this wonderful work at the age of seventy-one. He had recieve formal training at the Royal Academy of Art from the age of fourteen and within eight years he was receiving enough patronage to insure his career in art. He died in 1851 in London. Although possibly incomplete, the subject can be identified as Death, the last of the Four Horsemen of the Apocalypse who announce the Day of Judgement (Book of Revelation). The choice may have been in response to the death of Turner’s father in 1829, suggested by the unusual treatment which is both tender and menacing. Death appears, not as a triumphant, upright figure astride his horse, but as a phantom emerging from a turbulent mist: his skeletal form, arms outstretched, and draped submissively over the horse’s pale back. Such disturbing visions were considered to embody the very concept of the sublime. The painting is an oil on canvas and measures 59.7 by 75.6 centimeters and is in the Tate Gallery in London.

Wow,what a mysterious sense of power,I like it .Congratulations!